We all know that state boundaries don’t correspond to the ones set by love, so international marriages are a common phenomenon in today’s world. Keeping that in mind, we are going to review the situation in which somebody has decided to openly manifest his love by entering marriage with the Serbian citizen.

Entering the marital status in Serbia is fairly easy since the whole process is quick, simple and it doesn’t require a large amount of documentation. They are some requirements which need to be fulfilled in order for marriage to hold its legal stance, and in that manner wedding is allowed only between people of opposite sex (homosexual marriages are nonexistent at the moment), both persons have to be considered adults (older than 18 years, with exceptions in 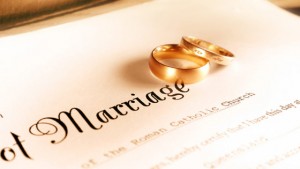 some cases), both needs to be single (unmarried, divorced, widow or widower, making polygamy illegal), both needs to be able to act on their own will and future spouses could not be blood-related to certain degree or related through adoption. For the person in the status of a foreigner, applicable law for the mandatory requirements is the law of his home country, but only if it is not contradictory to Serbian law. In other words, if your country permits homosexual marriage you still cannot form that type of union in Serbia.

If some of the mentioned conditions were not fulfilled, marriage can be later annulled. Marriage can also cease to exist with the death of one of the spouses and by divorce. When we come to the divorce, it is a fairly easy process, unlike in certain countries and there is no legal mean to keep somebody as a captive in union unwanted by him. There is uncontested divorce in which two persons reached agreement about separation, including agreement on the division of material assets and parenting rights. Another type of the divorce is contested one, which is initiated by raising charge by any spouse at its own will, in which judge decides during court procedure about above-mentioned divisions.

When we come to the relations of assets between spouses, Serbian law may differ from laws of your country. All the properties that one spouse earned before entering the marriage is its own property and other side doesn’t have any claims towards it, and same goes for inherited property or one obtained by gift, even if it was inherited or received during the marriage. On another hand, all properties acquired during marriage by work represent common property or property in ownership of both spouses. There is a presumption that shares of the spouses in common property are equal, but it can be proved different in front of the court (for example one spouse had twice the earnings of the other). Before entering the 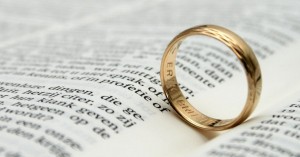 marriage spouses can sign a marriage contract in which they could set different rules for common property.

One of the specific thing in the Serbian law which is often differently prescribed by other laws is the treatment of common law marriage, also called informal or marriage in fact. In simple words, it is basically love-union between two people living together. Despite those two people never made public their relationship in terms of getting married, in Serbian law, all rules set for the married couple are applicable on unmarried one living together. That means if those two people decide to end their cohabitation, all assets acquired during their living together are considered common property and they are not in separate ownership of the person that earned it.

If you have the desire or intention to enter the marriage with Serbian citizen feel free to contact us asking for our help regarding necessary procedures, the creation of marriage contract or anything else that might prove necessary. Also if you have the desire to end existing marriage, feel free to contact us for help in case of a consensual breakup or for court representation in non-consensual one. As far as marriage and divorce in Serbia go we are at your service, so feel free to check our website, our Homepage, and Contact page, along with our law office in Belgrade, the law office in Novi Sad or other law offices.