Being familiar with Inheritance law of your own country often means nothing if probate proceedings, in which you are involved, are held in another country. Inheritance law in many countries is heavily dependable on customs, relics from the past or religion, so this type of law can vary significantly based on individual country, even in terms of basic concepts. If you observe standards that Inheritance law set in dealing with some cases, you can even sense the feeling of general position on some issues that that country has.

When we speak of Serbia or more precisely Inheritance law in Serbia, in a case of 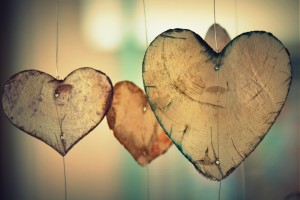 somebody’s death, what you can aspect is pretty much equal division of his properties. For the purpose of easier understanding, we can call this person that died John in this case. So, if John has a wife and children they will inherit everything divided into the same parts. If one of John’s children died before him, let’s call him Mike, his place will be occupied by his children (John’s grandchildren) and they will divide their father’s (Mike’s) part equally between them. If Mike who died didn’t have his own children, other brothers and sisters and mother of him (respectively John’s children and wife) would divide his part equally between them.

But, in the case that John didn’t have children and had only his wife situation is a bit different. In the case when there are no children of John’s to act as heirs, John’s parents come into account. So, in that case, John’s wife gets half of everything, while the other half belongs to Johns parents divided equally among them. In the case that Johns parents aren’t alive (they usually aren’t), their place is occupied by their children (John’s brothers and sisters) and if some of them are not alive, then his/her children comes to his/her position, always just inheriting part of their parent, and so on, creating what is called system of representation.

Of course if John has decided to make his testament, things will now be according to John’s “will”. John will decide who gets what but only to some extent. John’s wife and kids will always be one of the heirs, even if John decides to leave everything to his neighbor. In such a case, John’s wife and kids will inherit half of what they would inherit if John didn’t make a testament. So in our Inheritance law (with some exceptions) spouse and kids will always inherit something even if the testator didn’t want it so.

This is just a brief overview of Inheritance law in Serbia, keep in mind that there is a lot more regulations out there that could come into question in some specific situation. If you have any issues with Inheritance law in Serbia, feel free to contact our law office in Belgrade or law office in Novi Sad or other our law offices, we will be glad to be at your disposal. Also feel free to check the rest of our website, Homepage, Contact page, or anything else.